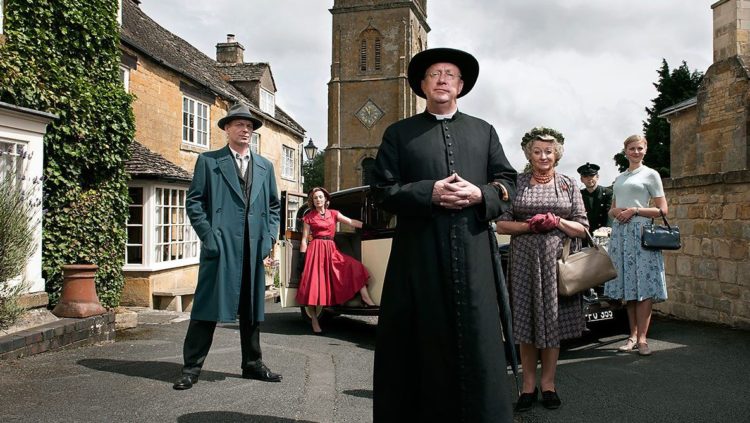 Following the recent Christmas special, the crime-solving Roman Catholic priest is back for a fifth full series. Fourteen episodes will screen over January with LSM’s Simon Gibney directing two: the first on Thursday the 12th and the other on Tuesday the 17th.

Starring Mark Williams, the sitcom is partly based on the fictional character of Father Brown, created by the novelist G. K. Chesterton.