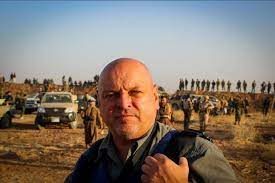 Following on from the acclaimed documentary Pictures From Afghanistan, journalist, photographer and war correspondent David Pratt reunites with director Robbie Fraser for a further fascinating, highly personal journey into the recent history of a war-torn land. Pratt has covered decades of conflict in Iraq and now travels from Erbil to Mosul, charting the country’s active political faultlines and meeting old friends like Swedish/Iraqi journalist Urban Hamid, and an Iraqi photographer who documented his life in Mosul during the four years of of hell that was the ISIS occupation. The film will screen at the Glasgow Film Festival at 13:15 pm on Sunday 13th March.