The Be All and End All – 10th Anniversary Screening 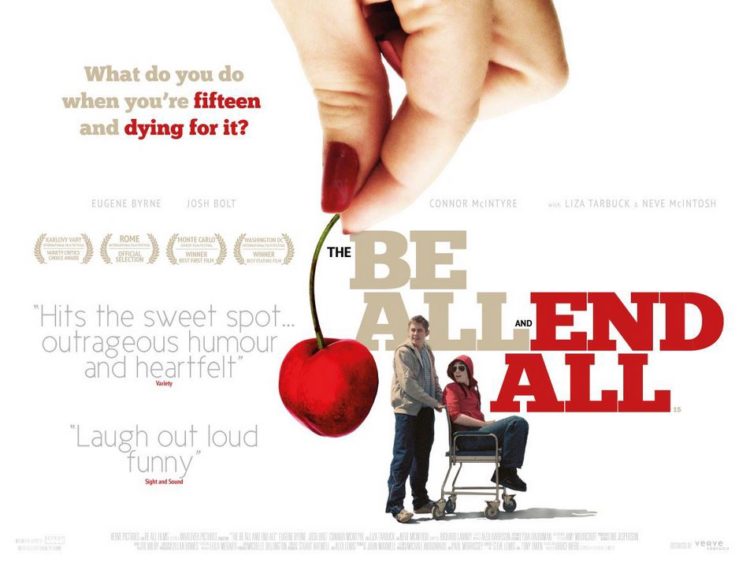 Bruce Webb‘s feature film The Be All and End All is having a special, 10th anniversary screening on Wednesday 16th May at FACT in Liverpool, including a post-film Q&A with Bruce and lead actors Josh Bolt and Leanne Best. Tickets are available now.

Featuring raw performances from young Liverpudlian actors, The Be All and End All is a hilarious and charming British film that celebrates the power of friendship in the face of life’s cruel jokes. It follows two best mates (Robbie and Ziggy) who find their lives rocked to the core when Robbie is diagnosed with a fatal heart condition whilst on holiday. Setting out on a mission to lose his virginity before he dies, Robbie’s only hope of getting laid lies with his equally inexperienced friend. Together they are faced with a monumental challenge; one that leads them through a series of awkward trials and tribilations involving a bunch of furious schoolgirls, a sketchy brothel and a police raid.